Show off work in progress models.
Locked
8 posts • Page 1 of 1

Hey there.
I'm just working on some change to the v_crossbow to create a v_grapple that doesn't look exactly like the crossbow.
(well, i'm just changing the bolt thing so it would look a little hook-like and more like it can attach itself to a wall)

I've just done anything that came in my mind, so now i don't know how to go on.

Just have a look at this: 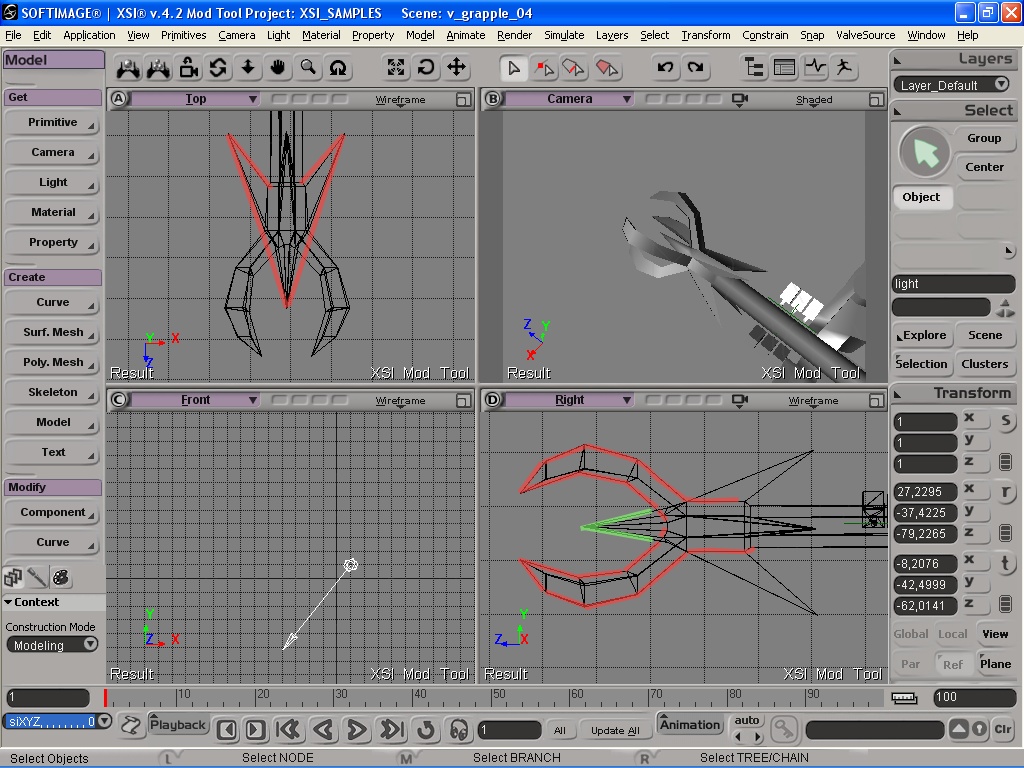 1. Either I'll make it like it's marked by the red line in the upper left which means a barbed arrow. I'll delete the claws then.
2. Or I'll make it like marked by the red lines in the lower right which would result in a claw thing. I'll delete the barb things then.
3. Or third one: I could chose the lower right red shape and add the green shaped spike. There I'll delete the barb things, too.
4. Last possibility: I could just leave it like it is right now... which doesn't make too much sense but would look pretty cool, i think.

(anyway, if i'll leave the claws in, i'll also put some hinges there for them to be able to move.)

So, please vote for the one you like most.

top left arrow head for me.
'I would probably smarten up before you meet Violet'.
'She has zero tolerance for idiots'.

Good, but i prefer this, its more realistic.
Top

Me too, I certainly hope its not too late for us to voice our opinion.
Top

I would say it's way too late considering Blues was banned a year ago...
Current Projects
Top

shiftey wrote:I would say it's way too late considering Blues was banned a year ago...