There’s not much that needs to be said about how this year turned out and why.
It is very jarring in comparison with our last article done at the beginning of February, where we were optimistic.
In case you haven’t seen it on our Discord server, we must give you bad news:

Obsidian Conflict has been delayed to an unknown date in 2021.

We know that we promised the closed beta to start by the end of this year and then release the mod after, but a multitude of events have occurred to the team in real life due to or during the pandemic, going as bad as even losing jobs and having mental breakdowns, and as such, the work on the mod has been inevitably affected.
However, while the working speed has been slowed down to a crawl, development is still ongoing.

Let’s go then for a small recap of what happened this year since the last article, shall we? 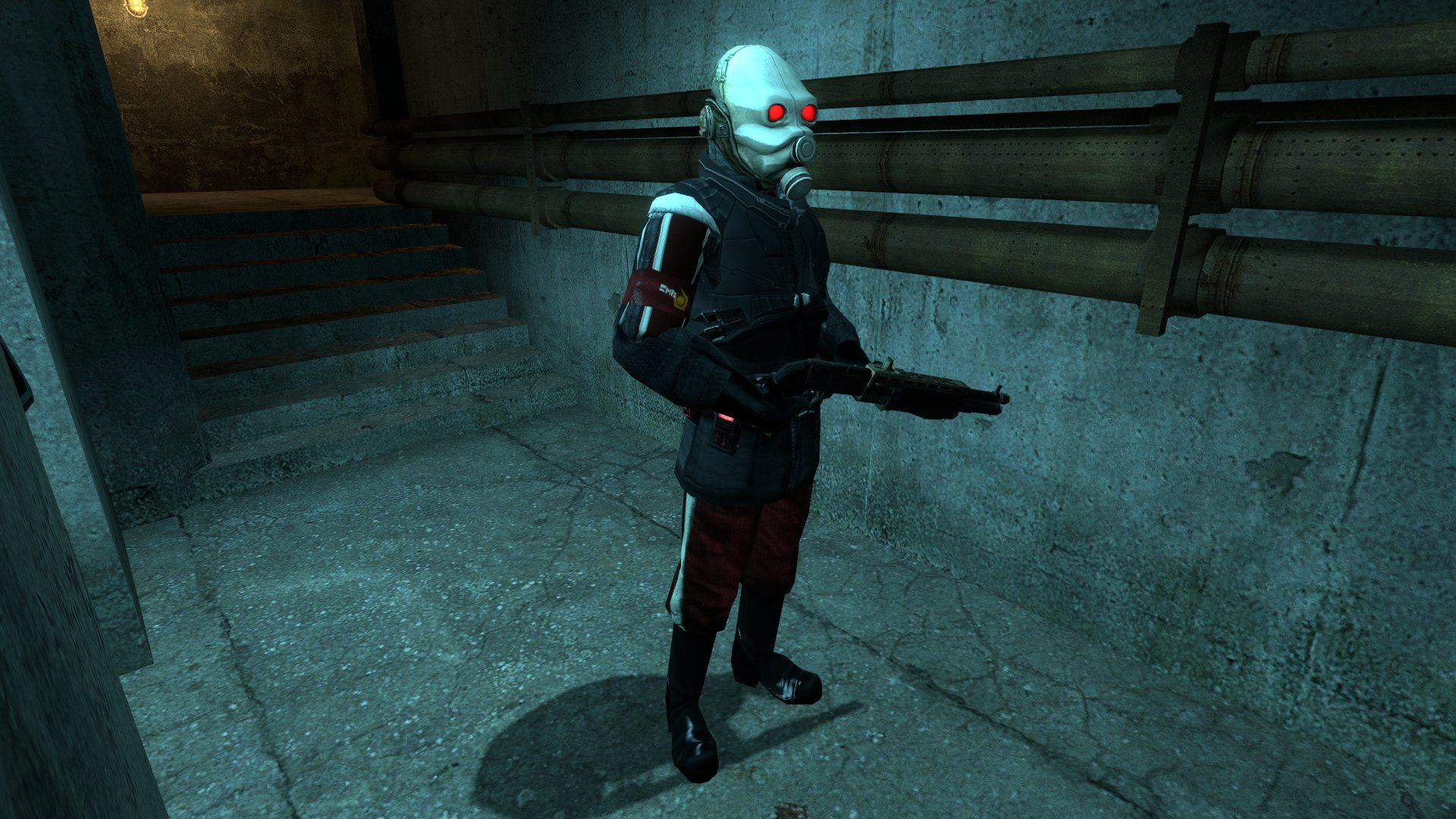 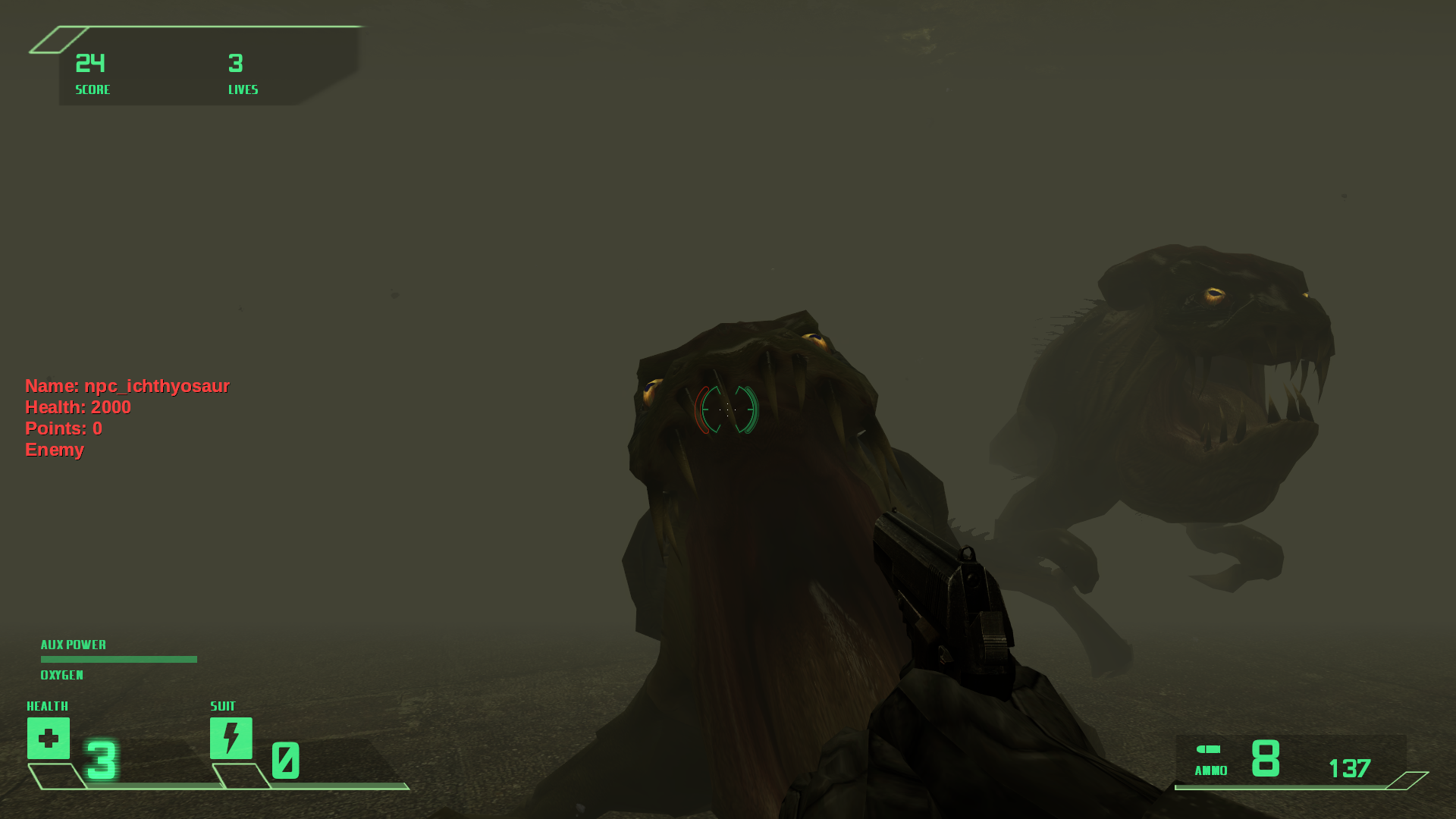 Known previously as Half-Life: Source Unified, this collaboration between the Half-Life: Co-op and Obsidian Conflict teams eventually saw the light in July.
From the initial tram ride to the final choice, the whole game has been reworked and improved into a seamless, map-bug free experience. Here are the links for Gmod, HL:S and the main project page.
Obsidian Conflict will ship with these, and as seen in current internal testing, it’s a pleasure playing them in co-op, unlike the original HL:S maps (in which the main issue was the size of the maps, as they are so small that by the time a player finished loading one, the server had already switched to the next ).
The mapadds for the vanilla HL:S maps will remain in the mod for legacy support anyway, just in case. 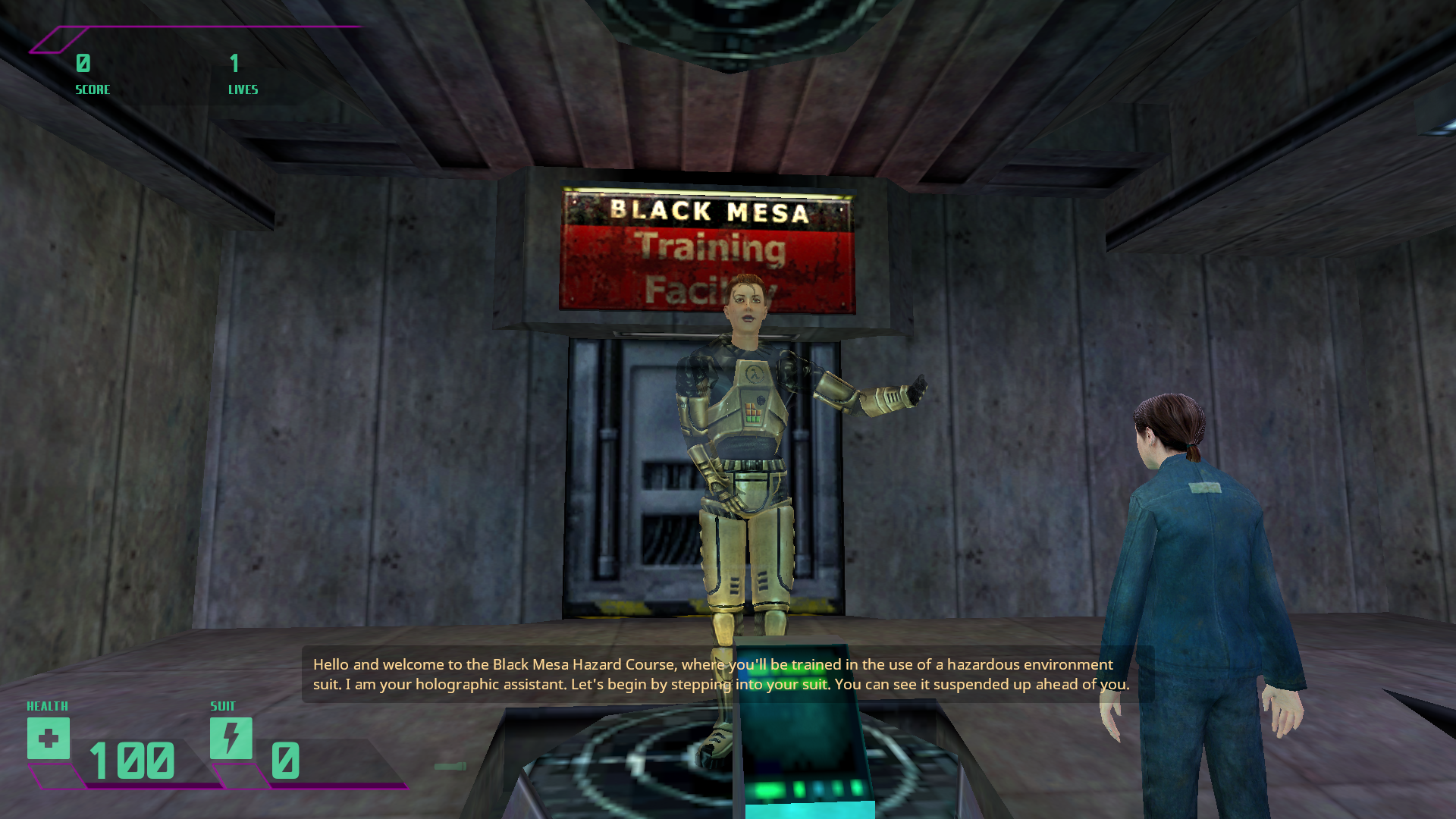 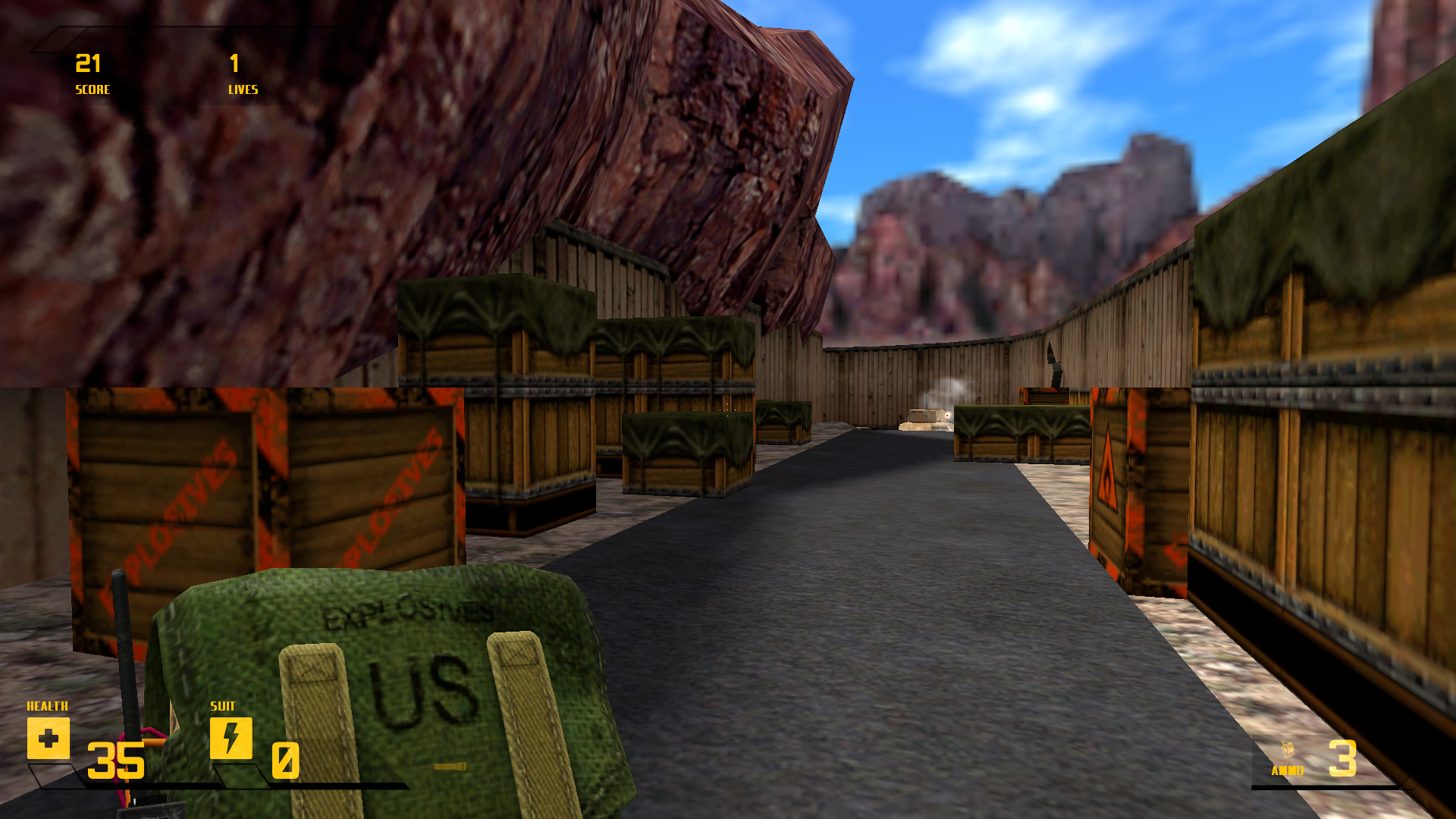 While we worked on the HLRM project, the rest of the mod received some love too: code bugs were squashed, maps were updated and improved, weapons are being rebalanced, models and textures getting an art pass...

We don’t want to show all the work done yet, but we can unveil some nice details, like the sniper rifle now using a 5-shot energy cell, as a way to set it apart from the 357 or the Crossbow. An improved UI and fleshed out HUD details, fixed graphical issues when playing HL2: Lost Coast with multiple players ( like broken occluders or wrong lighting settings on models that only have been possible to fix via Lump editing ) as well as SLAMs/Tripmines not exploding if the surface they were attached to broke apart. 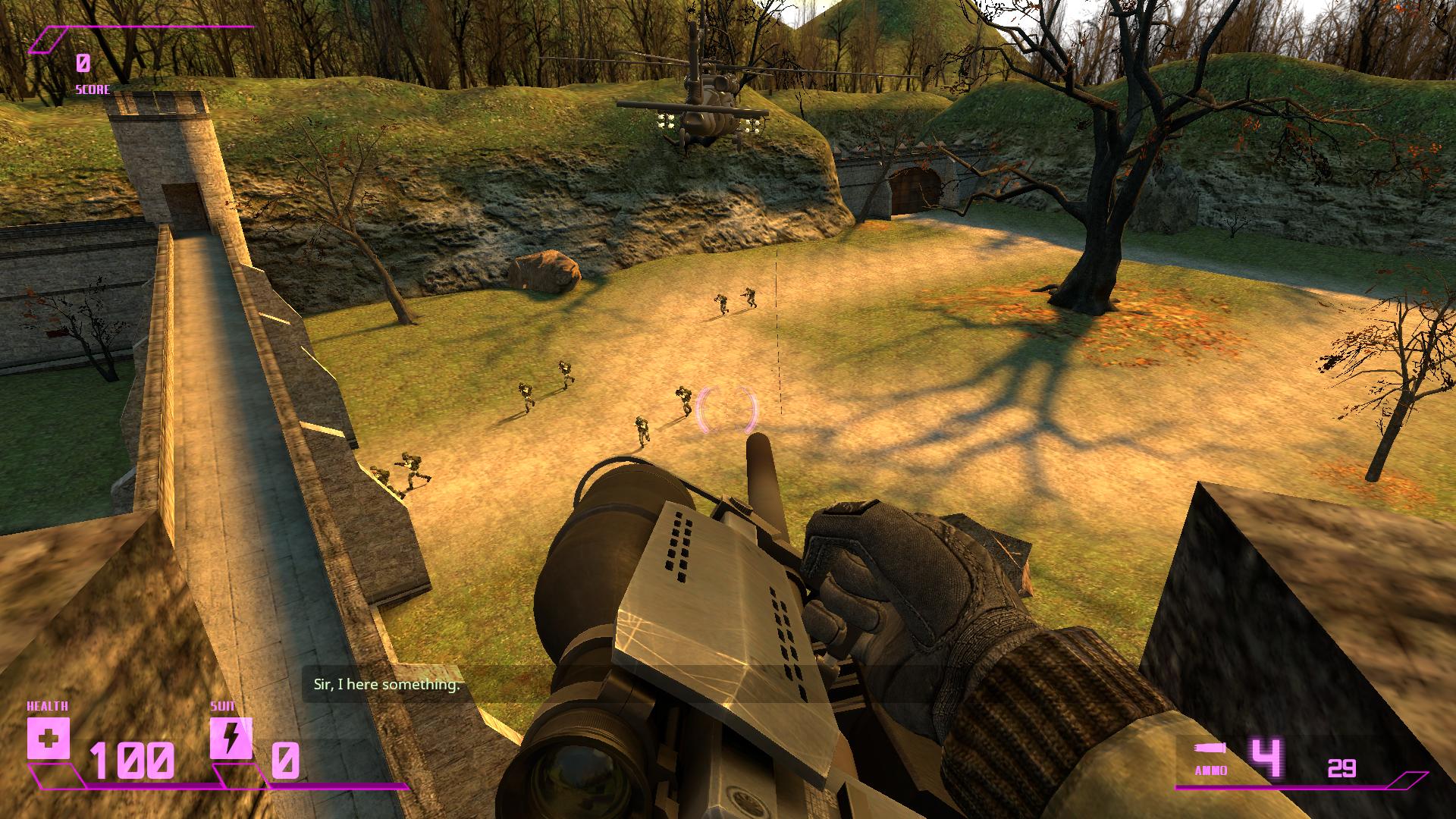 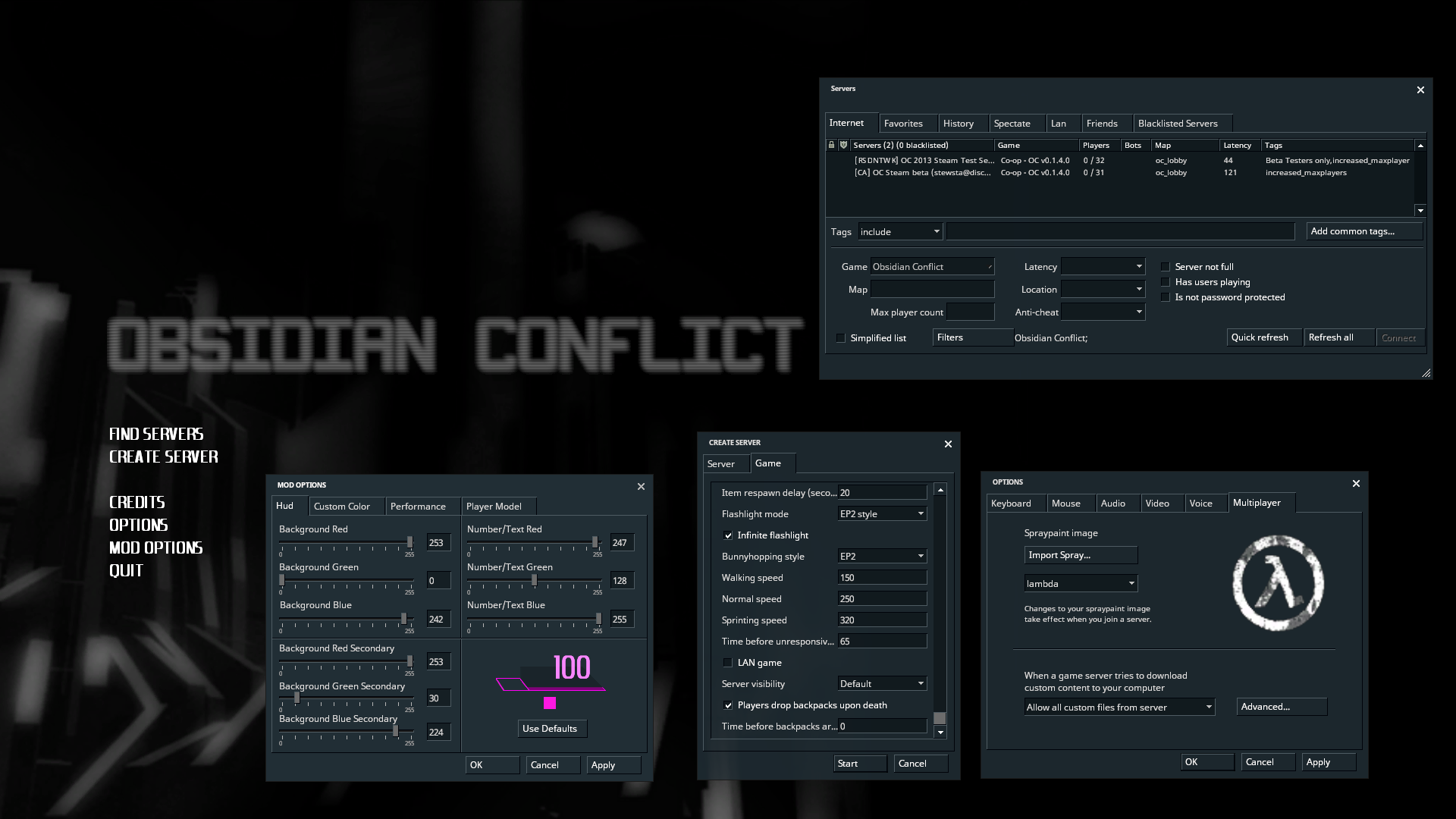 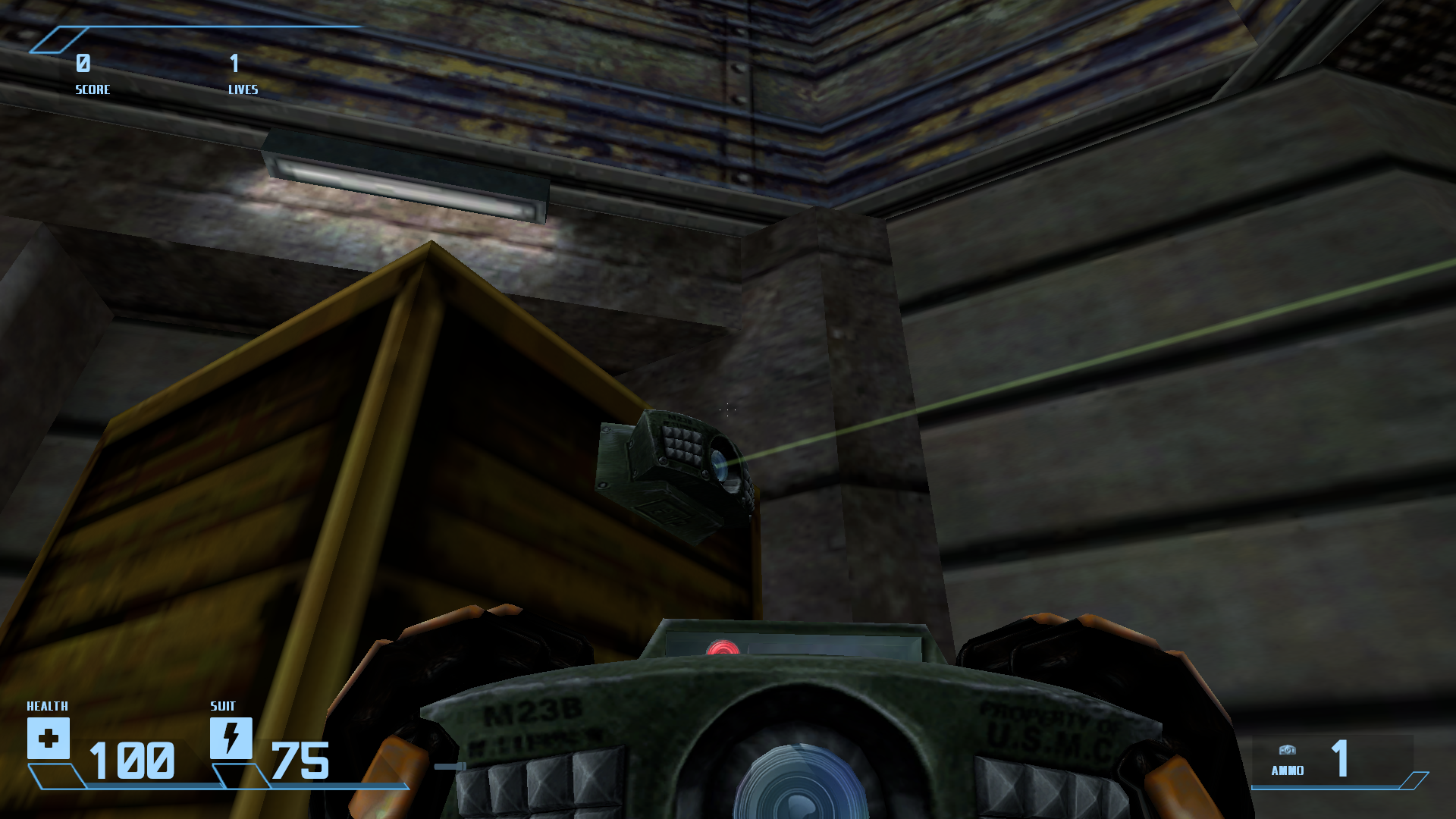 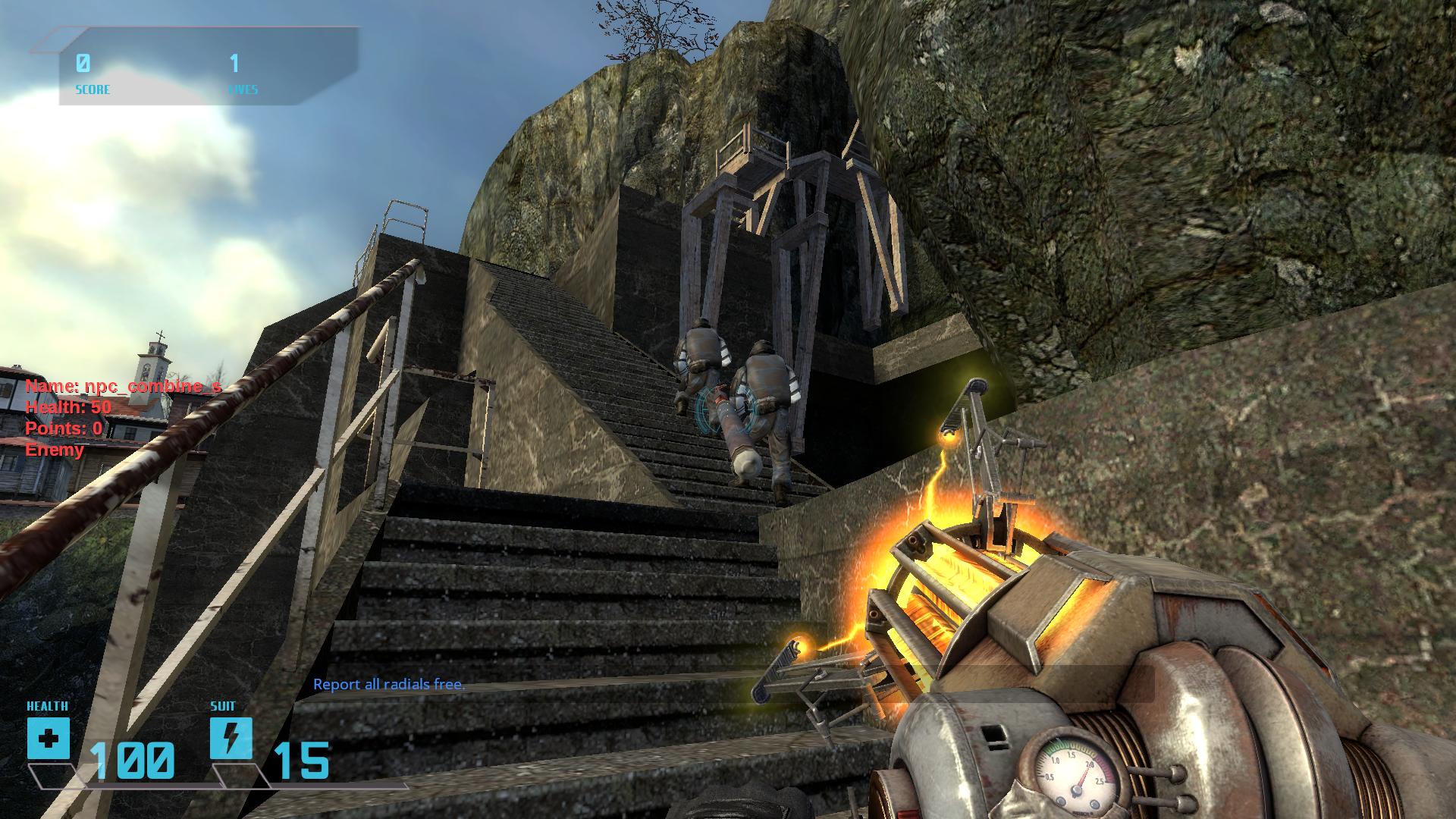 Steamworks, Diving and others

We also started working on the first Steamworks elements like the Workshop. While considerable time and effort is needed, the results are starting to show, and we are sure they will be a great addition for everybody to enjoy.

Meanwhile, in late April, Whomobile dedicated one of his “Weird Maps” videos to Diving, a famous community-made map done back in 2010 by Beanbrains. The video was so popular that Beanbrains himself returned and gave us the VMFs for the latest unfinished version of it. And as such, we are currently finishing and adjusting the map, so we can officially ship it with the mod at release. Yes, you read that right, Diving is now part of the official map list.

Our Steam store page was also unveiled, so feel free to follow our community hub on Steam for news as well! 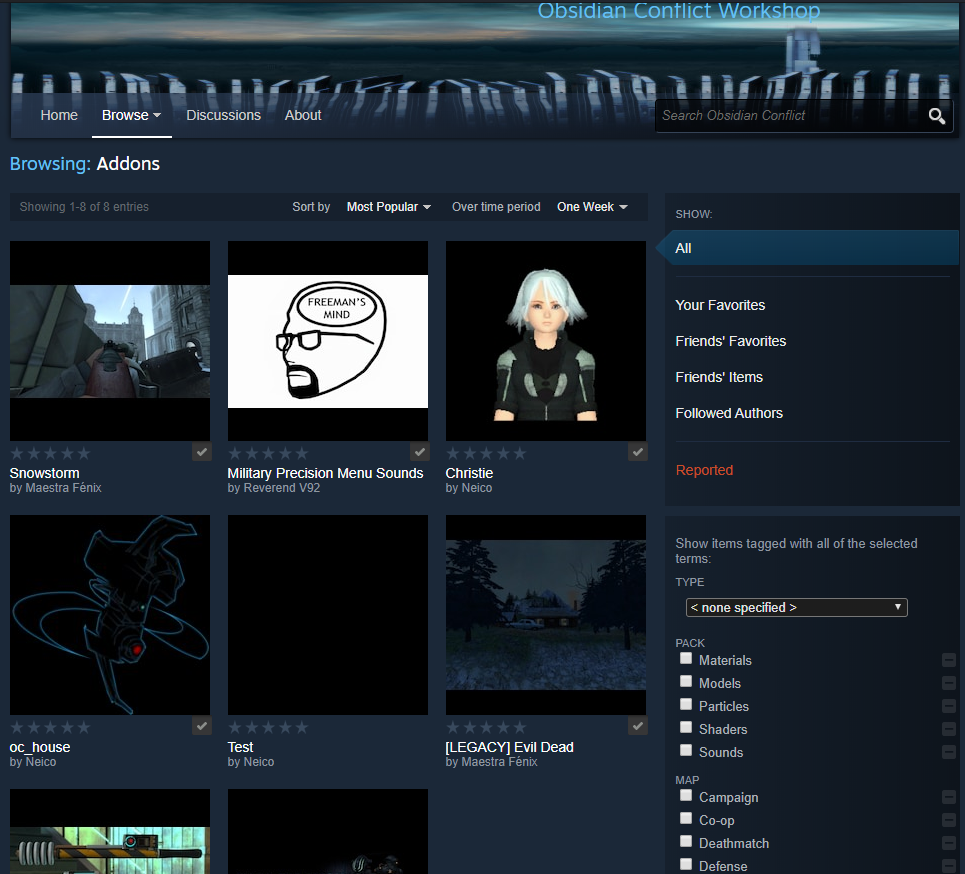 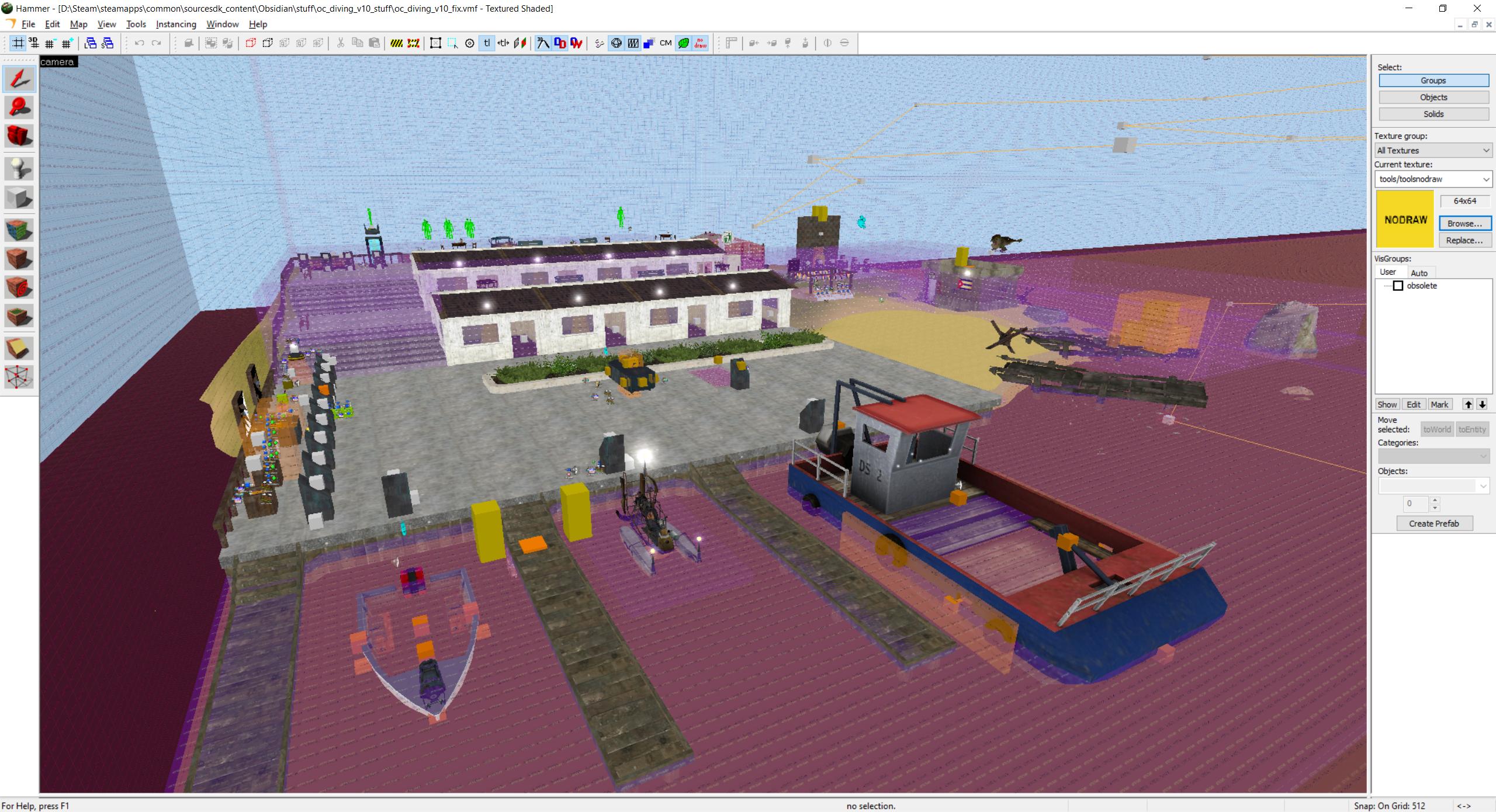 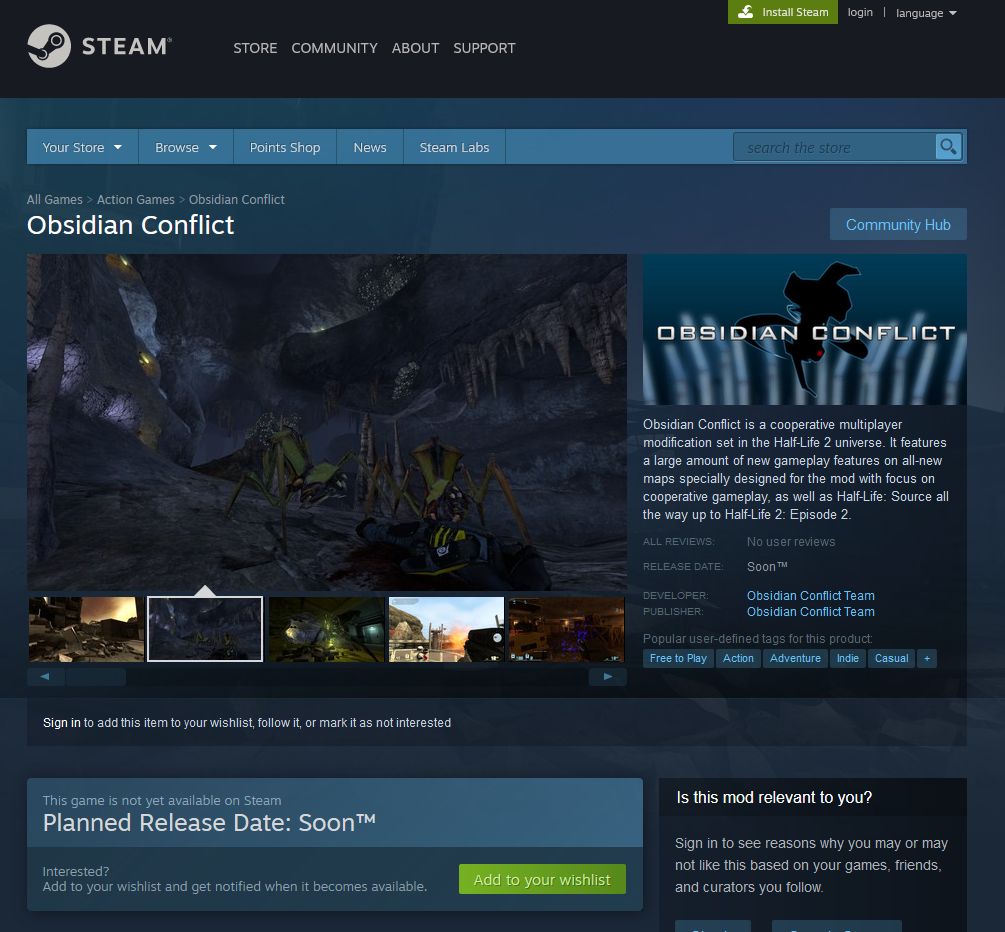 To finish this article, we would like to share with you the new viewmodels for the HL2 weapons, based on the models made by Juniez and modified and animated by Troop ( Work In Progress ):

Remember that we are still looking for mappers to give us a hand with updating the maps, but we also need a dedicated 2D Artist now as well, as we have to deal with some stuff like Library banners, achievement icons, possible new sprays and other sooner or later.
Our Trello is up as well to check the possible “job offerings”.